The project was the most remarkable irrigation project in South India. Based in erstwhile Madras (Now Chennai), the concept had been hatched and became real in pre-Independence time in 1945 under the stewardship of Kuttiammu Sahib. The project aimed to streamline irrigation research for the agricultural and industrial requirements of the state. It streamlined projects such as Grow More Food, hydraulics, and river water. Significance of the project should be gauged from two important points: Tamil Nadu, where the project remains, is a water-scarce region in South India, where the project played a vital role and the then fledgling Indian republic heavily relied on such monumental projects for the nation-making requirements.

In 1944, TP Kuttiammu was the executive engineer of the state. He travelled far and wide in the country especially Punjab and North Indian provinces and studied various research stations, hydraulics experiments and scale models. He visited laboratories and outdoor stations in Lahore, Malikpur, Karachi, Hyderabad (erstwhile Sind), Lucknow, Poona and Khadakvasala. He returned after hectic travel in a few months and submitted proposal for starting a laboratory and connected works with technology required for conducting experiments in soil mechanics and hydraulics at Poondi, 60 km away from Madras. There was plentiful water in the reservoir at Poondi. In 1945 the laboratory building was constructed under the supervision of the Executive Engineer. Since 1946, Poondi Research Station has been the pivot of irrigation and hydraulics research in the state.

Twelve years after the realisation of research station at Poondi, a dam was constructed across the Amaravati River in Tamil Nadu in 1957. Mainly serving irrigation needs of the state, the dam was later used for generation of electricity. The dam also serves the purpose of flood control in the state.

Located at Telengana, in South India, Nagarjum Sagar dam is the longest and tallest masonry dam in the world. Its construction having been completed in 1967, the dam became a reservoir with gross storage capacity of 11.472 billion cubic meters of water. The dam was instrumental in achieving the Green Revolution in India.

Located at Thrissur, Kerala, Peechi dam was completed in 1957. The construction of the dam was started by Ikkanda Warrior, the first Prime Minister of the independent state of Kochi in 1947. He brought a retired Chief Engineer Kartha from Andra Pradesh to complete to start the dam. After Kartha Kuttiammu Sahib took over the reins of construction. The dam at Peechi is an irrigation dam, which provides water to the paddy fields in an around the district in central Kerala.

Kuttanad was a lowland lying on the shore of Vembanad Lake. The region was besotted with the problem of salt water and tidal waves into the region. The bund was created under the guidance and instruction, inter alia, Engineer Kuttiammu Saheb in 1976 to channelise clean water for irrigation purposes and guiding the saline water on to the sea.

Before the bund was ever envisioned, the work for Thottappalli Spillway was started in 1955. Thottappalli lake constitutes both fresh water in its river basin in the east and saline water in its lake basin in the west. The Spillway is a drainage channel used to direct the salt water onto the Arabian Sea and retain the fresh water for the irrigation needs in Kuttanad, famed as the rice bowl of Kerala. 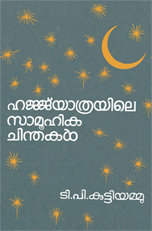